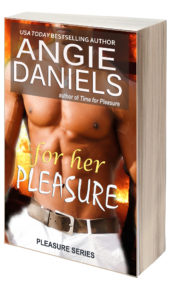 Love is the last thing on bar owner Mackenzie Boyd’s mind so when she propositions Ryan Young for sex, neither of them expected one night to spark a flaming affair. The only good thing is he doesn’t believe in commitment and has a 14-day rule. However as their time together draws to a close, Mackenzie finds her body and heart yearning for so much more.

The firefighter has been crazy about Mackenzie for almost five years but she’s his best friend’s cousin and completely off-limits. However, there’s no way he can say no to a chance to finally share her bed. Since the death of his wife, he’s avoided committed relationships, but with Mackenzie, two weeks isn’t near enough. In fact, every day he’s with her has him wanting more. Can the two learn to trust again for the greatest love of all?