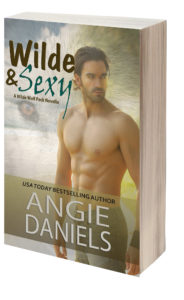 Cheyenne Wilde believes a marriage merger would be a sure win for the pack, however there’s only so much a she-wolf is willing to do. Marrying a member of the Chadwick pack isn’t one of them. She flees to Mississippi, hoping to buy enough time to convince her father the marriage is a mistake. While at a nightclub, she spots a scrumptious man staring at her. By the time she recognizes Adam Chadwick, it’s too late to run. Adam plans to return Cheyenne to the pack after he’s had a chance at satisfying a ten-year craving. But he soon discovers one night with the sexy Were will never be enough.

Start the series from the beginning with Wilde about Her.