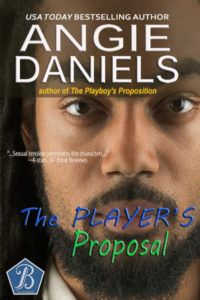 Danica Dansforth shared a month of sweet, sensual bliss under the sun and between the sheets with Jaden Beaumont—before feeling like a fool. Then she was outta that player's game! But fate had other plans when her car broke down, stranding her in his body shop, under his melting chocolate gaze and in the heat of a sizzling attraction.

Jaden wasn't about to forgive Danica for the games she played, but he would put her to work in exchange for some expensive repairs to her vintage car. Maybe now he could finally get some answers to why she left, and why memories of her warm cinnamon skin still kept him up at night. When it came to Danica, he was through playing. His heart was in this game for real.