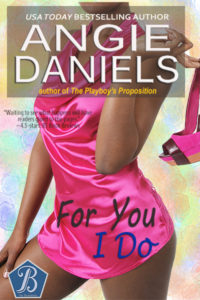 Bianca Beaumont is finally engaged! She’s happy… until longtime family friend London Brown tells her she’s marrying the wrong guy. Not that Bianca believes London at first, but the sexy restaurateur has convincing proof. Now Bianca is single, and she’s got a secret of her own… A true gentleman despite his bad boy reputation, London proposes marriage to avoid a Sheraton Beach scandal. She is a Beaumont after all! Bianca agrees in name only. But London knows she’s feeling the sizzling heat of their attraction. And he’s prepared to turn it up a notch, but only when Bianca is ready, willing and able to claim him as her husband… in every way.